X-rays are waves of electromagnetic energy. They behave in much the same way as light rays, but at much shorter wavelengths. When directed at a target, X-rays can often pass through the substance uninterrupted, especially when it is of low density.

Higher density targets (like the human body) will reflect or absorb the X-rays. They do this because there is less space between the atoms for the short waves to pass through. X-rays are one of the most common radiology procedures. X-rays produce a still picture of bones and organs.

Since Rontgen’s discovery that X-rays can identify bone structures, X-rays have been developed for their use in medical imaging. Radiology is a specialized field of medicine that employs radiography and other techniques for diagnostic imaging. X-rays are especially useful in the detection of pathology of the skeletal system, but are also useful for detecting some disease processes in soft tissue.

Diagnostic imaging techniques help narrow the causes of an injury or illness and ensure that the diagnosis is accurate. These techniques include X-rays, computed tomography (CT) scans, and magnetic resonance imaging (MRI).

These imaging tools let your doctor see inside your body to get a picture of your bones, organs, muscles, tendons, nerves, and cartilage. Your doctor uses these tools to determine if there are any abnormalities.

X-rays (radiographs) are the most common and widely available diagnostic imaging technique. Even if you also need more sophisticated tests, you will probably get an X-ray first.

The X-ray or radiograph is produced by the transmission of energy. A beam of high-energy photons is passed through the body, some of which are attenuated or blocked when they strike subatomic particles.

The higher the atomic weight of the substance through which the photons are passing, the “denser” it appears to photons, and the more likely they are to be blocked, or attenuated. In decreasing order of density, the principal densities visible in a radiograph are metal, bone, water (including soft tissues such as muscle), fat, and air.

There is very little risk with having one X-ray test. However, with repeated tests there is a risk that the X-rays may damage some cells in the body, possibly leading to cancer in the future. The dose of X-ray radiation is always kept to the minimum needed to get a good picture of the particular body part being checked.

Also, radiographers who take the X-ray pictures always wear lead aprons or go behind a protective screen when the X-rays are fired to avoid repeated exposure to X-rays.

Pregnant women, if possible, should not have an X-ray test as there is a small risk that X-rays may cause an abnormality to the unborn child. This is why women are asked before having an X-ray if they are, or might be, pregnant.

What is a CT scanner?

A Computerized Tomography (CT) scanner is a special kind of X-ray machine. The CT scanner was discovered by Sir Godfrey Hounsfield and Dr. Alan Cormack.

A CT Scanner sends several beams of X-Rays simultaneously from different angles to make detailed study of all parts of the body.

How does a CT scanner work?

A CT Scanner uses a series of X-ray beams to build up images of the body in slices. The CT scanner emits a succession of narrow beams of radiation as it moves through an arc. The X-ray detector within a CT scanner can see hundreds of different levels of density within the organs of the body including the tissues.

A computer uses this information to work out the relative density of the tissues examined and finally processes the results displaying them as a two dimensional picture on a monitor.

What are the Risks of CT-Scans?

Doctors do not generally recommend CT Scans without a good medical reason as there is far more X-ray exposure than is involved in ordinary X-rays. Pregnant women should not have a CT Scan as there is a small risk that X-rays may cause abnormality to the unborn child.

Nursing mothers should wait for 24 hours after a scan using a contrast dye before resuming breastfeeding.

The contrast dye used in CT Scans often contains iodine, which can cause allergic reaction in some patients.

Also, the dye may cause some kidney damage to people who already have kidney problems.

MRI is an acronym for Magnetic Resonance Imaging. MRI is a diagnostic tool of getting pictures of various parts of your body without the use of X-rays. Unlike X-rays and computed tomographic (CT) scans, which use radiation, a MRI uses powerful magnets and radio waves. A radio wave antenna is used to send signals to the body and then receive signals back. These returning signals are converted into pictures by a computer attached to the scanner. Pictures of almost any part of your body can be obtained at almost any particular angle. MRI can be used to diagnose various orthopaedic conditions and also other conditions. The MRI scans give very detailed images of the body part subjected to scan and help in better diagnosis and treatment approach to patients. 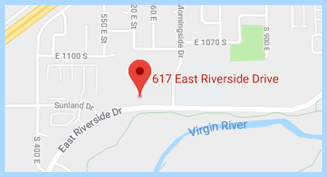 facebookinstagramlinked-inyoutubeBlog
^ Back to Top
x